By the Numbers: Team Philippines wraps up Tokyo Paralympic Campaign

Team Philippines ended their campaign with high hopes despite failing to notch a podium finish in the 2020 Tokyo Paralympics.

Despite the setbacks and struggles, the Filipino para-athletes still managed to compete against the world’s best with pride and determination.

Para-swimmer Ernie Gawilan bannered the Philippine flag with passion and dedication during the closing ceremony of the games.

Here are some numbers to remember of the Philippine Team in their Tokyo Paralympics campaign:

Despite winning several medals and being part of the national team since 1997, it took the Discus thrower Aceveda 24-long years to compete in the Paralympics game.

Five para-athletes were set to represent the Philippines in swimming, athletics, and taekwondo competition after powerlifter Guion was pulled out of the team because of CoVid-19.

After the departure of Achele Guion, Ganapin and Aceveda ended their 2020 Tokyo Paralympic campaign after testing positive from CoVid-19.

Seven is indeed a lucky number as 25-year-old swimmer Bejino finished in 7th place both in the Men’s 100m backstroke-S6 Heat 2 and Men’s 50m butterfly-S6 Heat 1. 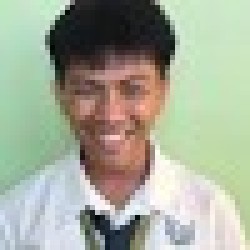 Next Article Why We Shouldn’t Hold Back Our Tears

Why We Shouldn’t Hold Back Our Tears

No one, probably, has not yet experienced, at least once, the painful yet surprisingly satisfying and gracefully soothing phenomenon of crying. It was the very […]

Blitz and Pitfalls of Bitcoin

The advancement of technology paved the way for cryptocurrency. This is defined as an encrypted digital currency for security and validity maintenance. The most popular […]

Medals are not made of gold, silver, nor bronze. They are made of sweat, determination, and guts. After 12 days of competition at the Tokyo […]

Our country became one of the world’s Covid-19 longest lockdowns. In a world full of uncertainties, we walk by its side blindly, unknowing of where […]